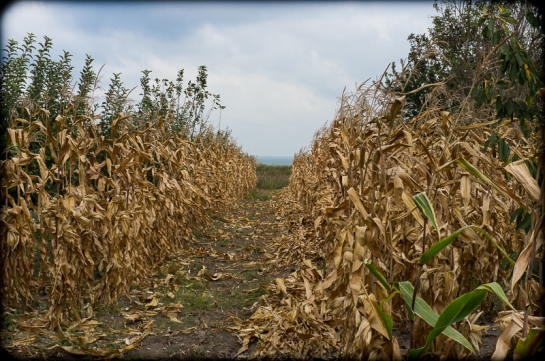 Fertile soil, a flat plateau, and a shoreline of steep cliffs shaped Kamen Bryag as an agricultural rather than fishing settlement — this despite its setting only few hundred meters from the edge of the Black Sea. Natives of the village rarely ventured down the steep paths to the seaside, in modern times leaving isolated coves to the whims of summer vacationers.

Symbolic gate and gathered corn stalks. Details as per the photo above.